for
The New Order


The Tribesman is first a warrior of his faith before any other thing - he may be a farmer, an engineer, an artist or a merchant, but he is above all else a protector of the tribe and a servant to his community.  Therefore,  the Tribesman is always vigilant and always prepared.  He does not take what does not belong to him and stands watch over his people that the honor of the tribe is not lost due to selfish greed and desires nor through the lack of respect or the neglect of pride and dignity. The Tribesman is a custodian of  his culture, his traditions and customs and must fight to preserve them that they may be passed on to future generations - without them there is no tribe.

The Tribesman is grateful for all the good things in his life, for all that has been given and earned, and accomplished - and  he  gives thanks to God upon rising in the morning and before he sleeps each evening. He expresses his gratitude in his service to his tribe, his community and his nation. The Tribesman is not greedy and seeks only to acquire that which is in proportion to the service he renders.  He does not seek to be taken care of - but to be free to take risks and to create opportunities that will help to advance himself and his family, and benefit his tribe and community.

The Tribesman is modest and strives for simplicity and purity in his life.  He does not concern himself with gossip or the ever degenerate beliefs of the progressive modern world.  He does not seek to surround himself with too many luxuries that may make him lazy and soft - He works hard and he plays hard and does not take his well deserved leisure for granted.  He is well groomed but does not make too much fuss over his appearance and his home is a humble and welcoming refuge of harmony and solitude.  Though the Tribesman does not chase after material possessions his home is well stocked and prepared for uncertainties.

The tribesman is self-sufficient as much as he can be - he acquires skills that he can use to advance his position with in the tribe and bring in more income for his family - skills of a service oriented nature that both pays well and allows him to solve problems and work with his hands, skills that allow him the freedom of not having to call another to do what he can do for himself.  The Tribesman is skilled at the hunt and knows his medicinal herbs and practices shooting regularly - with guns and bow and arrow.  The Tribesman has knowledge in husbandry and grows what he can of his own food as his space allows.  He is a student of his religion and the law and  versed in the law of the land in which he resides.

The Tribesman is a gentleman - that is, he is ever respectful to his people and outsiders alike, he takes caution not to offend or insult friends and strangers, he is courteous and helpful and kind. He is hospitable and gracious to his guests and offers his skills and talents to his community - He is charitable as his means allow, but the Tribesman understands the importance of  ‘face’ therefore he is discrete  and  tactful, he seeks no rewards or recognition for his deeds. The Tribesman looks first for diplomatic solutions to resolve a dispute, but is not afraid nor hesitant to fight for what is right and to protect his tribe.

The Tribesman is mindful of his thoughts and actions and seeks to better understand himself in order to improve himself physically,  mentally, and spiritually so that he may better serve his tribe, his community and his nation.  He does not fill his mind with idle thoughts or plans and schemes of deceit and revenge, but with positive and creative ideas to be put into action.  He seeks harmony and perfection in all that he undertakes - and constantly pushes himself in pursuit of being better than what he is.  He strives to attain communion with God that he may find peace in the chaos, courage to do what is right, and strength in the storm of war. 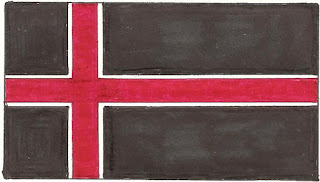 Email ThisBlogThis!Share to TwitterShare to FacebookShare to Pinterest
Labels: Bachelor Ways, Blog Entry, Letters to the Legion, Lists of things that only matter to me

This should be taught in schools.

It should be and when we build a new nation it will be.