The Fall of Lucifer - Robert Sepehr

Long ago when gods still walked among mortal kind, there was an eagle who lived peacefully alongside a serpent inside a great tree. Never did the two have any quarrel with the other. Both reared their young in separate parts of the tree, until one day, while the serpent was out hunting for food, the eagle decided to gobble up its neighbor's children. On returning to its nest, the serpent was horrified to finds its babies gone and so laid down and cried. The god Shamash saw the snake's plight, and suggested to it a plan of action. It was to hide inside the carcass of an ox, and there wait until the eagle came to feed.

This the serpent did, and on the arrival of the great bird it wrought a most terrible revenge. First it caught the eagle, then it broke its 'heel'. Then it plucked out its feathers and finally it threw the bird into a deep pit.

Meanwhile, down on the plains, Etana, the king of Kish, was sad. His queen had borne him no child, and he did not wish to die without an heir. There seemed but one answer to this problem. He had heard that there existed among the mountains 'the plant of birth', which could make barren women fertile. If only he could find a way to ask the gods of heaven where he might obtain this great drug. In desperation, he cried, and the god Shamash heard his calls, and provided an answer. Etana must befriend and rescue the eagle from the pit, and then enlist its help in finding 'the plant of birth'. This Etana duly did, and once the bird had been given its freedom, it flew over the mountains in search of 'the plant of birth'. Unfortunately it was unsuccessful in its quest and so suggested that they visit Ishtar, The Mistress of Birth, who would provide an answer.

The eagle then said to Etana: 'Be glad, my friend. Let me bear thee to the highest heaven. Lay thy breast on mine and thine arms on my wings, and let my body be as thy body.” Etana agreed to this plan, and the couple climbed together towards the heaven of Anu. They soared higher and higher into the sky, as the earth gradually grew smaller and smaller. Finally they reached the gate of heaven and, after bowing down together, entered inside.


As told in the book “From The Ashes Of Angels”

But there is another story still, of the war between the Serpent and the Eagle (or Vulture) – a much older story still - that I have pieced together as we (my nameless research partner and I) formulated our theory that may get us into trouble – or at the very least label us insane and we loose are credibility with the world. That theory was born around the same time we took a deeper look into the Sumarian story of Enki and Enlil – no the serpent and the eagle is not those two but the serpent we can say is Enki – the Eagle represent another of the Angel clan of Annunaki... and that is where the whole theory – Which we call “The Creation Game Theory”, get's all F*cked up.

Yeah - I said Angel Clan - this is about tribes - not ancient spacemen.
Posted by dash deringer at 4:12:00 PM No comments: 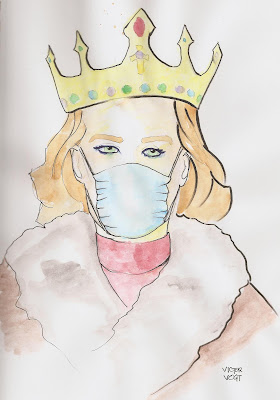 How to feed the Democrats to the tigers...

When I say "sleeping Drgons..." I might be talking about you...

When I say "Sleeping Dragons rise from your slumber"
- this (and others) is what I am talking about.

when I say "Chasing Dragons..."
I play the game for the sake of the game
Posted by dash deringer at 5:51:00 PM No comments:

NOTES FROM "THE BUNKER"

In all honesty and in all sincerity, I am not afraid of this current virus - it seems we have a new one every two years... and I am sure we have not all been told the truth of it - if there is a truth to be known.

What does worry me and what I think about the most are the effects of this situation on our society and the societies of other countries - the economic collapse, social unrest, martial law, forced vaccination, biometric tracking IDs - and perhaps the detention and disappearance of dissidents  - is the one world government finally upon us... maybe...