It was echoed  far and wide
And it could not be denied
That angels could often be seen
Laughing and crying
At the poor fool slowly dying
Still charging away on  his steed
Lost in the madness and the gladness
His solitude and his sadness
Conquering demons only he could conceive
And when the sun set on his battle
And the knight fell off  his saddle
They laid  him to rest on these leaves.

It was rumored behind palace walls
Of the squire who heard the call
And picked up his fathers steel
But the invaders came like a tide
There was no place the boy could hide
The Hun pierced his armor and shield
But as all the kingdom knows
There’s magic where the daffodil grows
And the nymphs play in the field
And to the wounded brave
The kiss of fire they gave
And under that tree he was healed.

It was whispered by lovers at night
Hidden from the candle light
Of a ghostly moan and sigh
And you could chose to believe
The old which who says it is Eve
Howling when the moon is high
And on the ground she crawls
Clawing at invisible walls
Around the garden reflected in her eyes
And she can’t break the spell
And they laugh at her in Hell
Under the shepherd’s tree she cries. 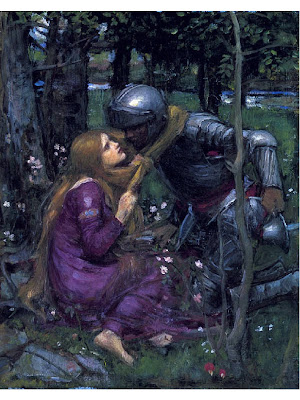