Looking for tradition in the modern world

I look for tradition in modern America and can only find a culture based on consumption and debt and the endless treadmill routine of work  - consume - eat - sleep - repeat.  I see traditions that revolve around sporting events and shopping holidays but nothing that resembles a pride and respect for traditions of heritage and ethnic culture in white America, even the European immigrants seem to just be going through the motions as they celebrate their Holidays and march down the streets in their neighborhood parades.  Except for the Jews and some old WASP families no-one seems to be holding on to traditions.  Even the Latin Americans seem to have abandoned any cultural traditions once they reach America - but they aren’t really assimilating into the culture aside from the “more, more, more”, of the American dream.  I see churches abandoning their values for politically correct doctrines in the name of tolerance and acceptance of progressive ideals just to avoid the bad publicity - or perhaps it is a financial decision.  I see desperate men in fear of losing their jobs and their families, I see broken men that have lost their jobs and their families - separated from their children and robbed of their dreams.  I see women lost and confused, medicated and hypnotized by the magic of pharmaceuticals and the modern media.  I see young girls sexualized and robbed of their innocense and lost boys with broken spirits.

I see a country divided by politicians and the press.  I see  journalist and celebrities promoting shame and hatred for the white Christian traditionalist at the same time they preach tolerance and multi-culturalism. They are still promoting fear of terrorism and American interventionism in the Middle East, though there  is no money for either fighting terrorist, which we ourselves have created, nor for the liberation of countries that have nothing to do with us, but we are told that we must accept those people with open arms... those people - the ones that hate you for your freedom, those people whose religion is the “religion of peace”, those people whose culture and religion and heritage and traditions are so important that it must be accepted and preserved and respected. Yes, there is the strong traditions I was looking for in America - the Jew and the Muslim get to keep their traditions without question or criticism. They are ancient people and their religion and culture is here to enrich your country.  The Jew, is chosen by God I am told, and they have been victimized by the world throughout history - give ‘em a brake.  And the Muslim, wants to bring you the word and the law of his prophet - at the edge of a sword.  It’s the religion of peace, how many times do I need to tell you. Neither on of these two groups is going to leave and if they have to - they have a place to go - do you? The White Christian American is no match for them.  One has been force fed the belief that they are better than you and by the will of their god they were born to rule over you, the other is filled with anger and hatred for you, infidel. Two groups that historically have always been at each others throats have found common ground in their desire to take away your culture, rob you of your traditions and destroy your religion and your church, and your politicians will not do anything to save you.  Your religion is weak and cowardly and cares more about protecting its financial interests than saving your soul.  Your politicians only wish to divide you with the problems they themselves have created - they will distract you with immigrants from the south hoping you wont notice the ones from the East and Middle East, They legalize Homosexual marriage telling you that all Americans have rights but won’t hesitate to take  away your right to choose not to participate in their marriage as a business owner.

Where are the traditions of the American people? The Fourth of July, Thanksgiving, Christmas.  I can’t really say that my family celebrated these holidays in any particular traditional way, in fact, I don’t know any man my age that has any “family traditions”, they grew up in families a lot like mine - get together on certain days, eat, drink, and go our own way... tradition.  My parents didn’t have anything to hand down to me - no rituals of manhood and no traditions, no family recipes and no family heirlooms - well, I do have a couple of crucifixes that belonged to my mothers father that I will leave behind for my sons with the rest of my treasure, but other than that, there is nothing that has been handed down in my family from fathers to sons. My dad did not teach my how to shave, that was cousin Freddie Hatch from Utah, I taught myself how to drive, taught myself how to cook, my parents didn’t even teach me how to tie my own shoes - that was an older kid from my bible class when I still lived in Mexico.  No - I have no traditions of country, of culture, of clan or tribe and no rituals handed down that I have not created for myself.

Is a country without religion, without a true culture based on tradition worth saving?

I don’t know the answer to that question but I do see hope and desperation in both men and women that want to change the modern world and create something better, something based on tradition.  I am not a genius but I can observe that people of strong traditions and beliefs continue to grow while those that have abandoned their traditions are fading away - being pushed out by those that are growing, conquered by those that are willing to die for the things they believe in so the ones they leave behind will have traditions to pass down. I don’t understand how a people can let themselves be pushed around by small minority groups out of fear of  being labeled this or that.  I don’t know why people would support the media that calls nationalist and traditionalist extremist and does nothing but help create riffs between the people of a nation. It doesn’t make any sense to me why the ones we’ve elected to represent us feel it is more important to bring more people into our countries that we can not afford to support, whose culture and religions are not compatible with ours and make the ones that want to preserve their people and way of life enemies of the state... doesn’t make sense to me, but this entry isn’t here to connect any dots, I’m just looking for traditions - I long for traditions, I desperately want something to believe in, something to fight for, something to live for, something to pass down and  be proud of... something that I can call mine, that I can stand with honor and say this is our way... these are my people.

I am looking for a place I can call home.  I will not fight to protect a country that wants to force me to pay for things I do not want, need, nor believe in.  I have no desire to preserve a country that wants to force beliefs on me that I do not wish for nor that serve any purpose in my life. But I will fight for something I have helped to build, I would fight for a place I have invested my blood sweat and tears into, a place I have helped to construct and laid the foundations for - constructively and socially speaking, a place of  like minded people who believe it is in their best interest to protect our traditions, people who believe that the preservation of our culture is more important than the pursuit of money. I would fight to protect my tribe, it’s beliefs, it’s rituals, and it’s values, and my unquestionable loyalty shall be to the tribe who’s unquestionable loyalty will be given to me. 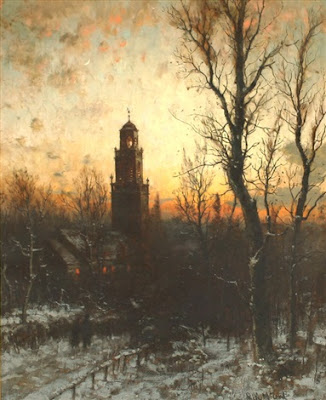 How many positive traditions have you started?! Traditions are always started by someone!!

One of my family's traditions----we hold hands when we say grace (yes, we still say it) and it doesn't matter if we're at home or at a restaurant. I started a family tradition a few years ago---we celebrate Epiphany. You're Catholic. Epiphany follows Christmas and celebrates the Wise Men seeing Jesus. On the Day of Epiphany, we invite family and friends over for dinner. Then, we pray and bless our home for the coming year. We make a special point to bless the doorways. This tradition is hundreds of years old and most people don't celebrate Epiphany anymore but I do!!!! My Christmas tree stays up until this day as well. I tell my sister she can host the family Christmas dinner. I'm doing Epiphany in January. After the presents have been returned and most people have taking down their decorations, then it's my turn.


Another neat tradition which was started right here in Jackson, MS---Good Neighbor Day. It's now celebrated worldwide. A local Jackson florist thought flowers would be a great way to bring people together. On Good Neighbor Day in September, you can go to a participating florist and get a dozen roses for free!!!! You are expected to keep one for yourself and give the others to your neighbors, friends, and family.

Be the positive change you want to see.