The nights we danced at the Havana Club

We were nowhere near Havana. No, we were on the pacific coast of Mexico twenty miles out of Acapulco on a private vessel called Indigo Cloud I was just a boy and our family was on holiday enjoying the sea on board this magnificent yacht... that may have been the point when I fell in love with boats, but certainly not the point when I fell in love with the sea... no, I fell in love with the sea the first time I saw a photograph of endless waters falling off the edge of the world... and it was not the point when I fell in love with women... that happened long before her... but she was beautiful and she would be the one I would compare all other women to - until "E" came along and brought me to my knees... This girl was sixteen years old - Gabriella was her name and she had sad eyes the color of amber... or was it gold? Her skin was kissed by the sun and she smelled of coconut oil, to this day every time I smell coconut I get lost in dreams of her. Her mother was from Chile and Gabriella had inherited that sweet accent that God blessed the Chilean people with - that their words come out almost as if they were being sung... and she laughed at everything even though she carried a natural sadness in her eyes that made her look as if she was about to break down and cry. Her lips were full and I wondered if they tasted like plum... or strawberry... and far away from Cuba we would sit around on the deck of the Indigo Cloud listening to her father's collection of records by Tito Puente and Celia Cruz... when we tired of listening to Menudo... I would watch her in the sun... as she rubbed that coconut oil on her body and stretch out those long skinny legs that she could use to dangle into the sea and stroke the backs of a dolphin with...Aquatine... was the secret name I gave her... Aquatine.  In the evening after supper the adults and the children would all gather in the main saloon for drinks and games. The Adults would have their Tom Collins and Gin with Tonic and play card games and the kids would listed to more music and dance... and if we were lucky... sneak in a couple of Tom Collins of our own... That was a good summer - before my family moved to that God forsaken waste land of the South West called Odessa... but I will never forget the nights we danced in the main saloon of the Indigo Cloud which they called "The Havana Club". 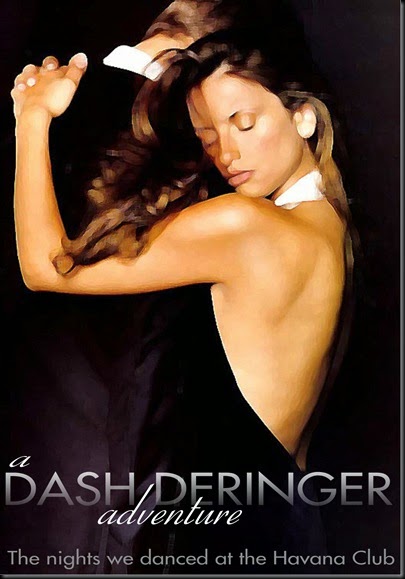 Email ThisBlogThis!Share to TwitterShare to FacebookShare to Pinterest
Labels: Blog Entry, My Art

Brilliant! May I use this story with my students? I'm sure that, even those who are not very keen on reading yet, will be after reading this.

I should save your blogs until Mr. Gaelic is home and read them aloud to him.