The "Rampage" and hatred for the women of the modern world.

This was a comment I left over at Charles Sledge's Journal on his post Having Hatred for Women will Destroy You.  had a conversation about the topic earlier with someone and I thought I would share this here - Also be sure to check out Charles' site - start with this fine article on women here .

I went through this myself - dark days.

When I was still young and stupid I was in a relationship that lasted six years - but it was a roller coaster of chaos. I let my love for her make me weak and put up with all her bullshit no matter how humiliating until the point I just couldn't do it any more... she married three months after I left and that destroyed me, and I went on a drinking and fucking rampage... and I fucked a lot! I didn't care about anything and anyone and who I hurt along the way and I hurt many women back then... but many just kept coming back for more... but I did not give one fuck about them... I just fucked. It wasn't until I was in my thirties when I decided on the man I wanted to be and started to move in that direction - I am pleased with the results so far but it took me a while to put the pieces together and to pay attention to my actions when I reflected back on my behavior and decisions and mistakes I made in my youth - thinking a certain way will make me act a certain way, acting a certain way will get me a certain responses from those around me - so, if I can control my thoughts I can control my actions and if I control the way I act I can control how others respond to me. But this also is a power I used to get me more women that I did not care about... when it was time to get laid I went out and found a woman dressed up like a whore and I treated her like one and she was mine for the night... and I moved on - yeah, I had a lot of hatred for women - I will admit that, and the fact that women were letting themselves be treated badly justified my treatment of them - I lost women, because I was weak, to dominant men that treated them badly - "the red pill"... before I knew what the fuck the red pill was (before it was called the red pill). I am these days a solitary man, I prefer to be honest and kind to everyone and to be left alone to live my life my way.... I know it is easier in life to not give a damn about anything - but, you get what you give in this universe , so now days, for me it is easier just to be a nice guy - but being a nice guy does not get me laid and it does not get me respect in the street. We have to create other personalities for the world in order to get certain things - game to get women, mindset to get success, savagery to get respect... it will take some work to pull it all together and still keep a little bit of that gentleness and kindness that we as men need to help us do that which is right. Those that know me - my gang and inner circle know that I am a chill dude that just wants a simple life, but this modern world complicates even the simplest things like relationships. That girl was my down fall but I had to go through it, I had to learn those painful lessons the hard way - even though it was a truth I already knew, but refused to come to terms with.

Oh, in the last twenty years I have only been in one relationship with a woman that lasted a year, but all the others have not gone more than six months. Now that I am on a quest for a woman to have a family with I am behaving differently with women but I am also looking at them differently and they are responding to me differently but I am also spending less time with the tramps... we'll see what happens 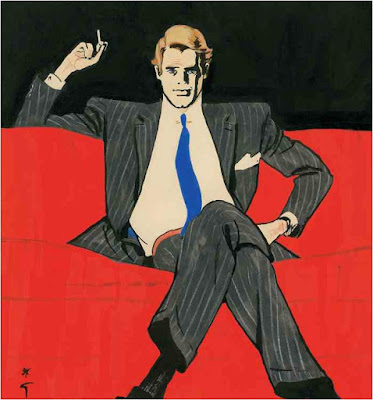 women gravitate towards bad men and ass-holes... especially so if someone tells them to avoid or stay away from such men.

don't ever take advice about women from women gentlemen - pay attention to their actions, not to what comes out of their mouths.