Building our own Nation

“They are preserving their traditions, their faith, their customs and fashions in a society that is losing all of that. This then, working within the system but separate and against it, and for ourselves, is what we should be doing.”

But what are the traditions of this new society that we are fighting to preserve?

What are the rituals and the costumes and the believes we are bringing with us to pass down to our sons and our daughters?

What are we taking with us? we already know what we are leaving behind. 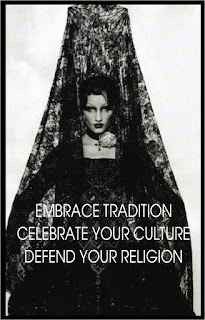 shall we have rituals of manhood that our sons must partake in – tests and challenges for them to overcome before they are given a name by the tribe – for it sounds like what you wish to build – a tribe… and I am all for it… a tribe… a clan of common cause… but the tribe can not pass down the traditions (whatever they may be) and its values to our sons if there are no mothers to give us sons… we will have to import our wives from other tribes… gather them up from women of tradition and values… western women are few… who are willing to leave the herd.

A long time ago in America a tribe was a Chiefs family – his wives and children and grandchildren with perhaps his brothers and sisters and their children and that tribe would be surrounded by other tribes lead by the chiefs cousins or uncles an other brothers or members of his family – you could travel from village to village without fear because you were surrounded by your family – your extended clan – united by blood and a common beliefs. and you were distinguished from other families or tribes of another clan by your dress and the way you wore your hair and even dialects… depending on how far away you strayed from your own clan into the territories of another far removed from your own that you would find yourself in more danger… but the clans and the tribes survived until they were invaded by those who wished to take away what was theirs and replace it with something new and modern and corrupt to the natural ways of the tribe…

I do not wish to impose my beliefs on anyone and I do not want anyone to force their beliefs on me – I do not wish to conquer a people and displace them or hide them behind a wall… but I have no problem purchasing land and paying tribute to one who will allow me to live the way I chose on my land and have my beliefs and simple way of life protected by my host country… if I am not harming anyone or trying to impose my ideas on those around me…I should just be left in peace. 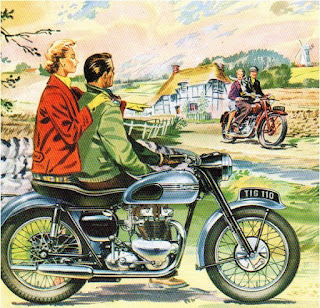 Sundays in Deringerville - wish you were here!

I have read this post on “Separation in Place” a couple of times and it is something I have thought about many times before. I have even considered going to Russia – a big enough country where one could purchase land and build a village of like minded Christians… I have even considered Iran – a very conservative country where Christians and Jews are left alone and everyone lives in peace together – they are all for the most part conservatives – the capital is a beautiful city that glows under snow capped mountains, no crime, no feminism, no bullshit… they are a people of strong traditional values that simply want to be left alone – they are a peaceful people and I do believe if I wanted to go to Iran and buy some land and be left alone that I could… 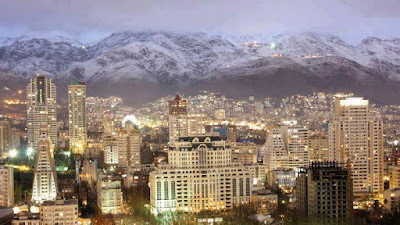 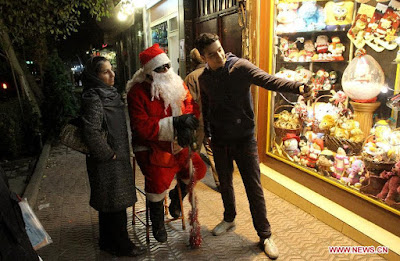 but if you are building a tribe, Simon, we need a home of our own and a belief that binds us… and traditions to preserve… we need to believe that we were chosen to save the world from the chaos – with the passion of Zionists… we need to raise our children to believe that the tribe comes first – that they are the chosen ones, that they were born for something great. they have to have something to stand for, something to live for, something to fight for – this is as you said – the dangerous talk of madmen

I have too many ideas and thoughts running through my mind at the moment and perhaps I have not been able to articulate them as well as you might… but I wanted to get them down – as chaotic as they may be – many years ago I came across the works of W. G. Hill and Harry Schultz – and though I have no problem with living the libertarian gypsy lifestyle they write about – I do need and want a place to call my own in a country that wants me there. I think you are on to something here and I will promote your site – because I believe what you write should be spread to other men (and women) – but there are questions to be answered here… I am not looking for a manifesto – but something akin to a constitution – a resolution… a scripture equal and compatible to my Christian Values and traditional (Latin) beliefs.

I will admit – I am not much for groups… I don’t join protests or any organizations and I hold no licenses… I have never voted and have never registered to vote, in fact, I am not registered for anything – never had a permit for anything in my life and have never had a drivers license…. never… I do not have a cell phone – I do not twitterr and am not on facebook… never… I am not much for draconian institutions… I have always been this way. I come from a long line of military men but I chose not to join… and I am happy with that decision – I have much respect for those who have and sympathize for the ones that have come to the same conclusion as your self…

On this last trip back home I found a perfect place for our community.  I can't give out details right now but I can say that there is already a village there - a small community of traditional families, I am looking at purchasing land in this region and will be inviting others to join me - it wont be easy... we will be building everything ourselves from the ground up... It is in frontier country... it gets very cold there... but it is beautiful, remote, and far from the modern world... if we build it... will they come?
Posted by dash deringer at 1:23:00 PM

Email ThisBlogThis!Share to TwitterShare to FacebookShare to Pinterest
Labels: Bachelor Ways, Blog Entry, DERINGER POSTER, Letters to the Legion, Side Notes (comments on other sites)