All that's left to leave behind...

I’ve spent the last couple of days throwing away what was left of my life... clothes I don’t wear and may not have ever worn again, music that supplied the soundtrack to my wasted youth and the intermissions in between affairs. Contracts and financial statements that no longer apply to the life I have chosen to live. Notebooks and journals that hid the evidence of the guilty and the innocent alike - the beginnings of what might have been great art - in some distant future, and the rambling’s of an overly ambitious young writer - who’s work is best left lost if not hidden from the world... and lastly the collected works of great first lines for poems that will never be finished - also included with said anthology was the collection of my greatest last verses... unfortunately everything in between the beginnings and the endings have not been written... so out they went with the fragments of a life still in progress.
... But the love letters... what am I going to do with the love letters?
Twenty three years of learning the art of seduction - basically that is what my collection of love letters are - a study of the romantic mind... the endlessly... hopelessly romantic. Letters I never sent to any lover for fear of rejection, for fear of being hurt and for fear that I might have to follow through on some of my promises of love... one has to be very careful with the words one speaks and with the words you don’t. I have written letters to women that I knew only for a night or less - some I shared moments that lasted no longer than a few hours but they left their scars on me and they did not leave empty handed either. I have written letters that I never sent to women whom I actually felt real affection for, women whom I felt love for - or something close to it, and I have written letters of love that I never sent to women that I could have surrendered myself to completely - those women that I could have and would have changed my world for - women that I once convinced myself I could not survive without - only to learn later that life does go on without them... without her...yes, her... I could throw away everything I have ever written - the proof that I once loved, the truth that I felt something for someone, sometime in my life... but what will I do with the letters that they gave me... that she gave me... the proof that I was once loved...
It has been over ten years since the last time I spoke to "E" the girl who’s name I can’t even speak - the girl who has been reduced to a letter like some spy from a pulp fiction paper back. I won’t lie to anyone - when that relationship finally came to an end it was painful - the disappointment of the time and emotions that were invested all coming to an end... the rejection... and dreams and promises unfulfilled... painful... but life continued and it continued alone... but not lonely. I keep a box of the letters she wrote me when we first started our romance and the letters she sent from university - letters of love and letters of anger but passionate letters filled with hopes and ambitions... and fears. Letters filled with the words of innocent youth and the cynicism of adulthood. Through the countless women that have come and gone that box of letters from "E" has stuck around longer than any affair I have ever had - that box of letters from "E" has stayed with me longer than our actual relationship lasted... strange the things we hold on to - I once left a comment on Shupe’s blog about the reasons why we hold on to the painful things in life but perhaps I was wrong and I held on to that box of letters for as long as I have because deep down inside - I fear being alone... and all those letters from the women I have known are the little things left to show me that I do not have to be alone... but the box of letters from "E" is the reason why I am alone... don’t get me wrong I have loved others... I loved them more and gave them more than "E" ever got from me... I have felt more passion for other women then I ever felt for "E" and I have found many women that loved me better... but she was the one that made me crazy... and there will always be a women in everyman’s life that will make him crazy... but she will not always be the "one" - and the "one" for me, also - already came and went... and left her love letters... and what will I do with those... send them all back... I can’t do that... and I can’t take them with me... Do I scatter them to the wind... or set them ablaze and let the memories of love abandoned and unrequited be carried off to the gods... 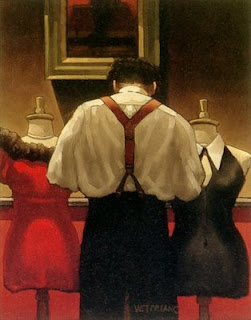 Email ThisBlogThis!Share to TwitterShare to FacebookShare to Pinterest
Labels: Blog Entry, My Poetry

ok---1st two lines sound like part of a song by Barry Manilow. --I Write the Songs