Proof that the Liberal SJW's are a White Supremacist Group 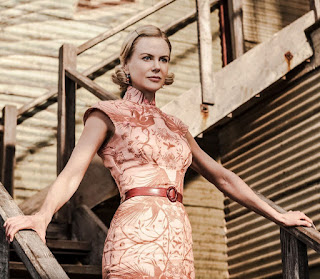 This was first posted yesterday as a comment at CrusaderRabbit

(there is some strong language in this)

strap yourself down my friends, because this revelation is going to knock you on your ass… let’s begin.

This morning the internet is on fire over a teenage girl in Utah, Kezia Daum, for wearing a traditional Chinese dress called Chiongsam to her prom – just a little something she found at a thrift store, and she posted pictures online of herself in the dress… and that is all it took for the melt down to begin.

But was it a melt down? Was it really an attack on a young woman for “cultural appropriation” or was this actually an attack on a white girl for choosing to promote a culture outside of her own? – sounds crazy, but I will show you how this insane theory will open your eyes to the truth.
It is not hard to prove that feminism is nothing more than a shit test – I prove it to myself every time I help to empower young collage girls when I pump and dump them, treat them like cheap whores that are not good for anything else than to be used up as sex object for my own pleasure… they don’t want my respect, admiration, pretty words, or the pedestal collecting dust in my shed… nope, they want me to treat them the exact opposite of what they have always told me to treat them… so I can only come to the conclusion from my experiences with women, as both a nice guy beta and as an alpha ass-hole that feminism is nothing more than a scam on women and a shit test on men.

Now, this cultural appropriation scam that the SJW’s are trying to push on White America – because only White Americans seem to be guilty of it. What seems to be the problem here with white folk showing appreciation for the beauty of other cultures that makes the (mostly white) liberal left loose its collective goofy mind? Aren’t these the same lunatics shoving multi-culturalism down our throats, are they the same ones preaching that diversity is our strength? But they will attack you and threaten you for wearing clothes from another culture and shut you down if you are white and open up a taco stand? Why? Well friends the answer is as simple as connecting the little crazy dots of the new cultural appropriation scam.

It is not about appreciating someone else’s culture and it is not about disrespecting someone else’s culture by doing so. It is about whites keeping to themselves doing white only things and this scam is also affecting people of color. Recently Kenye West (not a fan) started an uproar for supporting Candace Owens and Donald trump – well that black man must have lost his damn mind… your black and you are not supposed to support the white man and white man ways… they attacked Candace as well for letting black people know that they are getting hustled by the left and their political arm, the Democratic party. They attacked a singer by the name of Bruno Mars for appropriating black culture with his music – he is a Filipino (and mixed I think), he should stick with his own kind and do his own peoples thing is the message I got from blacks over that issue… so the message I am getting is that blacks need to stick with their own kind and do black people things like constantly voting Democrat so they can continue to live their poor ghetto victim lives and blame the whites for keeping him down – when it is the liberal left that needs them to stay in the ghetto and be victims so that the Left can have a cause to fight for – that is the message I am reading, and the white man needs to just leave everyone else’s stuff alone.

Pay close attention to this friends. Nobody is raping fat white girls with tattoos and short green hair – nobody… but the SJW multi-cultural left does not want white men to go to South America or Asia to marry their women. No, they want you to stay in America and marry miserable white American women. They want you to stick with your own kind… White Supremacy through reverse psychology. These SJW crazies do not want you to run a business that promotes or appreciates other cultures than your own – but do not promote too much of your own white culture because then it is insensitive and racist – but do stick to your own is the hidden message that is truly being pushed – and the agenda, well, it is nothing more than separation and division of people, to keep the blacks separate from the whites and the Hispanics in the barrio where they belong… The SJW multi-cultural left does not want White Americans celebrating “Cinco de Mayo” though that is purely an American holiday – we do not celebrate that in Mexico, and you cannot celebrate Chinese New Year, especially not wearing a Chiongsam that is two strikes and if you speak Chines that might as well be three strikes and your out… move to China if you love them so much… but don’t bring back your Chinese wife you traitor… it is insane this theory of mine but no more ridiculous that the hypocrisy that is the liberal left bastard child – SJW… and Feminism… it is all hypocrisy, insanity, no logic or common sense and just pushing people toward the exact opposite of what they say they are promoting – not equality, not unity, not diversity

It is important to understand that Chines people in China are not offended by this – they actually like it just as when Model Karlie Kloss was attacked for being dressed up as a Geisha for Vogue Magazine – the Japanese people had no problem with it – but the white liberal left did and always does have a problem with it – it seems to me that without victims they have no business and I will not be surprised if they soon go after this Eminem singer (I could not name one of his songs even if I was being tortured), now that he is irrelevant, and that they will go after mixed couples, because from what I am observing they need victims and they need to separate and divide people in order for them to have a cause to fight for.

The left is destroying itself, slowly, but it is eating itself, always turns on their own, and even those in their ranks are afraid because no-one is sure of the rules of the club – it is always changing and never makes sense even to themselves, what and who they are fighting for and protecting today will change tomorrow – if you don’t get the twitter then you are shit out of luck. Your safest bet is to just stick with your own kind white people and continue doing only white people things, because that is what the so called opposition wants – to isolate and separate the whites and isn’t that what you want anyway…

Email ThisBlogThis!Share to TwitterShare to FacebookShare to Pinterest
Labels: Blog Entry, Letters to the Legion, Random Thoughts, Revolt, Side Notes (comments on other sites), Theories