Are people still traveling to Europe?

Did tourism take a hit this summer or was it business as usual for the tourist boards of Europa?

I don't know and I have not looked it up but I would imagine by now Americans know to stay away... or do they?

Again... I don't know and I have not looked up the numbers but I do wonder if tourists arriving in Europe – let's say France, are given a list of no-go zones, or would that be considered racist and Islamophobic to inform visitors of dangerous areas in their country - “avoid Calais and Nice... for your own protection don't stare to long at the Negros... for the safety of your wife and daughters have them cover their heads and dress modestly” - no?... no pamphlets or brochures upon arrival?

Wouldn't want to scare off the Americans and Asians bringing in their hard earned money to support the hotel industry and gift shops that have supported families for so many years... that you collect taxes on to support the unemployable, illiterate refugees you love so much, Europe... that cultural enrichment must be some kind of magic.

What will become of you Europe?

I just can't figure it out... I have a damn good idea of what is happening but I can't make sense of why you are letting it happen... and just as I find it hard to find any sympathy (though I can find excuses) for suicide victims, I am struggling to find reasons to keep caring for people hell bent on destroying themselves... even more so when I cannot find the reason that makes sense for it.

Except for some suits – French, Italian, and German, and some artwork and hand crafts that I bring back as souvenirs... and my last name... I have no products made in Europe in my home. The economies in Latin Europe suck – Greece, Italy, Portugal... broke and high unemployment rates. The Northern high taxed socialist countries are being sucked dry for the sake of the new Europeans... the backs of the English working class is getting ready to break. Where is the money to support all of these unskilled, unemployable, non-integrating immigrants and their families coming from – or like basic progressive socialist, you simply do not care as long as it keeps flowing. What is going to happen when England and Sweden and Germany have imported so many third world migrants, bringing their hatred and greed and their enriching culture and peaceful religion, that you bend over back-wards to please and not offend even as these people kill and rape your sons and daughters and make your cities so unsafe that the citizens will not even be able to walk out the door to go to work to support their own families, and the poor unskilled refugees cannot and will not be trained to work as it may be offensive or considered racist to even consider the thought and your countries fall apart... and the money stops flowing because the ones doing the work cannot get to work for fear of their own lives... and the refugees start rioting because the goodies aren't being delivered on time... then the fires start... and the looting's... and the war lords rise – because these are Africans and Middle Easterner's we are talking about... and the no-go zones become tribal territories and Whites are thrown out of their homes, and Christians are beheaded in the streets and the daughters of Europe are sold and traded on the steps of your Cathedrals... and England now looks like Afghanistan, and Germany resembles Somalia... and Sweden – some fucked up country in Africa that not even the do-gooders care about...

I keep asking myself why the militaries have not stepped in – Sweden has men in dresses leading their soldiers so I can see that they are part of the self destruct agenda... but France and England... I don't understand... are these soldiers orphans and raised by the state? Do they not have families... are they not there to protect the people... their culture... their traditions...? Are they there to stomp out the resistance? I don't know.

I tell people and I have left comments on several sites on the topic of illegal immigration – if you want to put a stop to it you have to give the immigrants a reason to not want to go to your countries – you have to turn your homelands into no-go zones for them... but you have not, instead you have allowed the foreigners to create no-go zones in your own cities... what the fuck man... give me a sigh Europa... let me know you are gathering in the shadows waiting for the night to fall and you will rise out of the darkness with the fury and the fire of that dragon that is the will and determination that built the western world... show me that strength and devotion of your ancient knights that conquered and protected your many kingdoms with faith and courage and honor... let me hear the slow crescendo of thunder of the new order rising that is the heart and soul of one people, united under the banner of Christendom on the march to preserve the cultures and heritage of the nations of Europa and I will not loose respect and love for you... because if you fall, the whole of the West will fall... as for Sweden... I am still very much inclined to show up with an army of angry Mexicans and take it for myself... since you don't seem to want it... we'll get more resistance from the Muhameds and Abdulas to keep the free ride they have now... but I just might want the country more than they do... for purely selfish reasons...

We don't know what to think over here, cousins... we just don't know... but do beware of Latin American tourists traveling light, and heading North... in the off season. 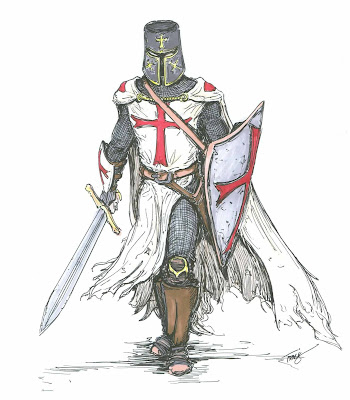