Honor and the modern world

This is a response to Jack Ronin's
"The Most Valuable Prize A Man Can Ever Possess".

Honor as I understand it to be is:

Integrity - Integrity is not compromising your moral and ethical principles, your word and your character. Integrity is knowing the lines you will not cross and standing firm on that decision no matter what threats or promises have been made.  Integrity is honesty, keeping your word, your promises, and following through on all deals made. Integrity is being true to yourself and not making excuses or apologies for living your life in pursuit of nobility or simply wanting to be a better person than those without integrity.

Dignity - Dignity is the manner in which you carry yourself without the absence of respect for yourself.  Dignity is being conscious of your appearance and your behavior and presenting yourself always in a manner worthy of respect. Dignity is never abandoning your Integrity.

Loyalty - Loyalty is being faithful to your brothers in arms, your family, your clan, your tribe, your religion and  your beliefs.  Loyalty is allegiance to one or all of the above and pacts of allegiance must be well considered and not made lightly - for making an oath is giving ones word and to break an oath is to compromise your Integrity.

Courage - Courage is the quality of mind or spirit that enables a person to face difficulty, danger or pain without fear. The strength for courage comes from within, it is inspired and nourished by faith in ones beliefs and convictions (the fixed firmness of those beliefs).  Courage is not backing down, not compromising, and doing what is right - speaking the truth, acknowledging the truth an defending the truth in this dark modern world.

These four qualities make up a man of honor. The question the modern man in pursuit of a life of honor must ask himself is “is there room in the modern world for men of honor?”  For a man of these qualities is laughed at, shunned and persecuted in today’s world - if you are a white Christian heterosexual with conservative opinions and of  traditionalist values who believes in preserving your culture and  protecting the integrity and sovereignty of your nation - you have enemies my friend... and those enemies have no honor  -  they have no Integrity, for they are not honest and will compromise themselves for the attentions they will receive from their virtue signaling, they will compromise themselves for fame and money.  They have no Dignity.  They lack any respect for themselves as is plainly visible in the obese and unhealthy lifestyles they pursue, they deface themselves and their communities and call it self expression with out regard to the effect their actions have on others that do not wish to participate in their degenerate behavior - they will parade and dance down the street naked and simulating lewd acts in full view of children and to question their behavior is equal to you being a NAZI.  They have no Loyalty to any one and will throw each-other into the fire before they abandon their cause - fear of not being accepted by the hive is what keeps them loyal to their system not faith in their doctrines for history has shown the world  time and again that the system they are working for simply does not work - anywhere... and they have no Courage - for they will not debate with you but they will argue with you or shut you up completely - because they know they cannot win an argument or a debate... they do not acknowledge facts or the truth and  they dare not speak against the hive or state an opinion resembling disagreement with their agendas.  They only have the mob of weak men (that enable) and disgusting irresponsible women - without any loyalties to themselves, to their families, to their culture - they have no traditions they wish to preserve and they have no God to believe in therefore no faith to find true strength and courage... and what they want is for you to live as they live - fat, weak, miserable, docile, and afraid... consuming anything and everything the television tells you to and providing nothing of value to your community - nothing spiritual and uplifting, nothing truly useful and helpful to better ones life, even technology is at a standstill unless it is something that can be used to remove more privacy and keep the masses docile and submissive to their masters... is there room for men of Honor in the modern world? 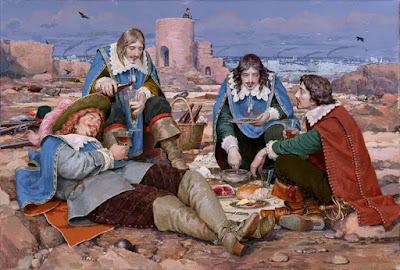 Email ThisBlogThis!Share to TwitterShare to FacebookShare to Pinterest
Labels: Bachelor Ways, Blog Entry, Letters to the Legion, Lists of things that only matter to me, Random Thoughts, Side Notes (comments on other sites), Theories