the girl in charcoal

Trying to conjure up a woman's face from my memories is a struggle... they seem to have all faded into a blur left behind in a hang-over... some of those girls were quite lovely creatures and the ones worth remembering, unfortunately have also gotten lost in the haze - Carmen, the best one out of all of them still lurks in the shadowed corners of my mind but her face is now beginning to fade... see, I kept no photographs of any of the girls  - I never even asked for pictures and I never took pictures of any of them... well... there are pictures of Kelly that I kept, but I can not say for certain why... Carmen made off with lots of pictures of me and found an opportunity to snap some more every chance she could, but I have no pictures of her - she always wanted to give me pictures of her but I always said no - I don't know why I did not want pictures of her, maybe I knew I was going to hurt her the way I did and did not want to be reminded of her, but I have thought of her everyday since I threw her away... Carmen was in a competitive aerobics team and had an amazing body and face to match, and the pictures she always wanted to give were very provocative bordering on pornographic which I thought was funny for a girl that was a virgin when I found her...(?).

I left all the photographs of Veronica behind when I left Asuncion and there is no evidence of her in my life except for the ghost of her and the echoes of her whispers that still linger in a lonely corner in my soul... Franky hid away the proof of that romance in a box at the bottom of a closet.

Dagmar Left last night for her fathers house for Christmas... she won't be returning... not to me... but she too made out with a lot of things that belonged to me - notebooks, drawings, and pictures of me when I was at my best... and she left behind letters and drawings of her own and pictures of her growing up while I was away trying to figure out my life... her life has been planned out and she and I  both know that her family has hopes of a future marriage with a better, more important man than I... who am I to get in the way of another mans dreams?

No, there is very little proof left in the world of the women I charmed and seduced and abused in my world... women I recklessly abandoned and the ones I took for granted... very little indeed... and I can't remember what they looked like let alone most of their names... what a waste of good fucking...

What will I leave behind to prove to the world that I even lived at all if I have no sons... and have no city to build for them... what? 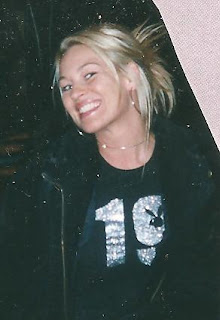