At the end of the road 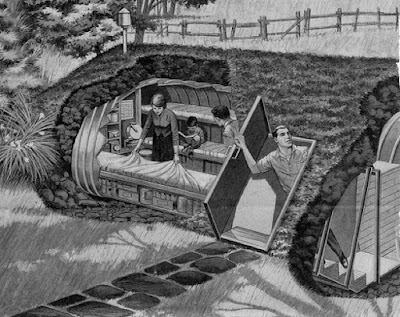 Where I want to be when it all goes to Hell.

It would be a little place hidden from the world, remote and hard to get to where social justice do-gooders and new world faggots have no business, need, nor desire to go, in a country that does not entangle itself in the affairs of other nations and prefers to be left alone, whose only dealing with other countries is in the interest of the growth of it’s economy.  This little place should already have a community - people who know the region and how to survive there without the help of the outside world - if I am going there then I will adopt their ways, I have no intention of forcing my ideas and beliefs on the natives... but if I am bringing something to help their community grow and prosper, should I be allowed to speak my mind and be left alone to live as I have chosen?

There should be a water source and it would  be good to have access to the sea, good land for livestock and farming, forests and mountains, protection from neighboring countries and wildlife for hunting and streams and lakes for fishing.  Secluded and isolated and forgotten by the world...

Am I asking for too much... is there such a place left in the Americas... a few, actually.

At the end of the road.

A little village (literally) at the end of the road.  Founded some time in the mid 1960s, and named after the Half Breed liberator of Chile, Bernardo O’Higgens, It sits hidden from the world where the Southern Highway ends and between it and the tip of South America there is not much more but nature on the Chilean side of Patagonia

It has a population of 600 (maybe 700) people, the children of the founders and their children and others who have chosen to come.  The economy - what there is of it is based on tourism, Chileans and Argentinians and a few others coming to view the glaciers, to hike the mountains and camp, and for the fishing.  There are a few small hostels and hotels and cabanas for rent.  There are small ranches - cattle and sheep.  You can get there by car or fly in - the runway sits on the side of the small town.  There is a radio station - I speak Spanish but have no idea what the hell these people are saying - The Chilean dialect and accent sound poetic, but it is tough to understand. There is a school, some shops and a small military regiment - to keep Argentina from invading (it’s happened before... you know how socialist countries cam be...). But basically that’s it. There is no dentist, no doctor and no hospital - so it would be good to have a medical professional among our tribe... my skills only go so far. There is no super market, no hardware store, and no bank... no bank? No money... if you are traveling down there take cash, like I said the economy is practically non existent, these people are self-sufficient, they are strong and there mostly because they have chosen to be there.

This is rough and tumble country where the gaucho tradition lives on... Am I trading my cowboy hat for a beret... I already got one, but I think I’ll keep the cowboy hat... I’ll say this, those beret wearing mother-fuckers down there are tough.  The area is surrounded by hills and forests and lakes and rivers and there is fishing and hunting, there are bobcats, pumas, and huemul and mink.

Except for the land being un-farmable, the place is perfect for me and I could be quite content in Patagonia working my small ranch, forgotten by the world... I have been thinking of it for a long time now. This place is getting to the edge of the world and it does get very cold.  The houses and building here are made of wood - I would prefer a stone house but I have not seen any.  There is poverty here and the government even built little houses for some of the residents.  Governments being as they are they do require contributions (as it is called here), and those must be paid - taxes - now, being in a place where the economy is mostly tourism means in order for me to pay my share of the contributions I would have to find a way to make money off the land so I would have to put up a hotel and some cabanas to rent out, and I would have to continue to do business with the modern world - day-trading and brokering... but I basically want to be left alone - don’t know how much money can be made from the tourism and the cattle and sheep... but can only find out by spending more time there... ‘Option B’ is a farm further north... or becoming Russian... but I could just stay in Mexico... with my people... where I belong.

Russia just got 40 million citizens to participate in evacuation and safety drills in preparation for what might be war with the United States, they have never made a secret of their military strength and the fact that they can save close to 70% of their population if they went to nukes with the U. S.  - I won’t give a penny to fight a country that promotes Christianity, big traditional families and traditional gender roles, that tries to protect the young from homosexual propaganda, and is doing more to try to stop terrorist in the middle east... someone tell me who the good guys are again... because I’m having trouble with reality.  The United states is a country were the government runs psy-ops on its citizens, promotes division, allows abortion, has more people in prison than any other country, so many laws and restriction, licenses, permits, and regulations that will make your head spin, taxes up the ass.... does not give a damn if they go to nukes with the Russians and can (or will not) save its citizens, and you need permission to build a bunker in your back yard... insane... either unchain me my lord to burn it all down or allow me to walk away from it all in peace... 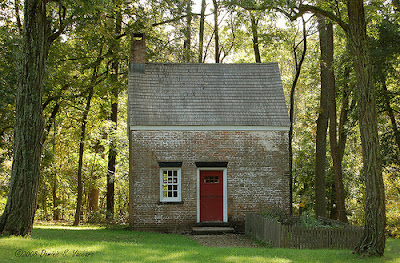 I think the cold would be a deal-breaker for me, accustomed as I am to the tropics. I'm finding even New Zealand is too damn cold.

Yup, that's why there's a plan B... but my God it's beautiful in that region.

I'd dearly love to see it, but I'm close to the end of the road and now will never get the chance.