He wakes before the sun rises and writes in his leather bound journal by the soft light of a lamp on his desk, sometimes it’s only half a page of random thoughts and ideas, sometimes a couple of leafs full of theories and dreams... he lifts for half an hour and then goes for a run around the neighborhood and greets the morning light with a smile and an appreciative nod... God is good... all the time... he returns home and washes up... if he is meeting with others  that day he takes the time to style his hair... otherwise he leaves it lose, but he always dresses in pressed trousers and button down shirt as if he was seeing people... and then... his first cup of coffee... nothing fancy... no expensive coffee machines - just plain ole’ Columbian blend with a little cream accompanied  by a piece of baguette with jam... or a biscuit... it is still too early too eat.

He gets his daily information from a machine on his desk and scans this thing called the world wide web for the latest evidence of the decline of our modern world... until he can read no more and must shake his head and get back to his hustlers life... He is self reliant... as a politically incorrect liability to any employer, he must be... the last time he went looking for a job he was interviewed by a short haired lesbian in what is called ‘human resources’ and he wondered when the personnel department became ‘human resources’ either way, he did not interview with the man he was going to be working for - the man who offered him the job - but our solitary legionnaire was never much of a corporate man anyhow... he looks for art to buy and sell... first edition books and an assortment of collectible items that men of leisure and aspiring millionaires collect... he sends out correspondences to businesses in need of financing and investors looking for a winner... he basically gets paid for putting others in debt... he looks for musical groups passing through the region or conventions... or seminars... anything he can promote and take a slice of the pie from... it’s a hustlers life... and  it’s not as easy as you would think... but it is fun and keeps him well fed and under a roof and in tailored suits... and every couple of months a big score comes along to be stashed away for the farm.

Lunch time is not usually until 2:00 or 3:00 in the afternoon and then it’s eggs with rice or tacos or a burger from one of his favorite neighborhood eateries... and more coffee... when he eats out, he tips generously - what did they tell him when he was a younger man... “eat small, tip big”.
He spends him time outside of his home observing the world... smiling at pretty girls and avoiding all the ugly of this society - not an easy thing to do as there is so much ugly out there... but ignore as much as you can and acknowledge and appreciate all the beauty you come across... femininity in women and masculine behavior of men get a smile and a wink of approval... do-gooder faggots are lucky if they don’t get a kick in the dick...

It’s Thursday and tonight he gets together with his gang for some pool and drinks... and rousing conversation on reactionary beliefs that gather strangers to their table... and glances from the suspicious that make our legionnaire smile at the thought that his words make  some uncomfortable... with his dissident talk of tradition, culture and, national pride... sometimes some one will ask him if he is Mexican to witch he replies... “I am in America - so I am American and I speak English... but I am from Mexico... and when I am in Mexico I am a Mexican and I speak Spanish...” not to many people get that... and he is called a racist against his own people... but it always turns out that those calling him a racist are Hispanics born and raised in America or white folks... they just don’t get it... “My people...” he says “are these people...” looking over to his gang... because they get it... they don’t stay out late for the gang all have jobs to get to the next day... but they end the night with laughter - because they know they got some men thinking and pissed others off... rebels... 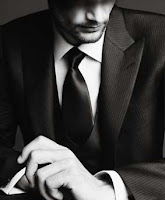 Friday nights are for the gang again - it’s meeting night at the lodge... but first dinner at someplace locally owned and as a rule the brothers must suit up tonight as only proper attire is permitted in the lodge... so they eat and have encouraging conversations and discuss the past weeks events and individual goals accomplished, and failed attempts at disciplined masculinity... after a fine meal the gang moves the meeting to the club house - lodge to you outsiders... and though what actually occurs with in the lodge walls is privileged information for brothers of this Legion only - I can inform you on the club house itself.

It is a room formed out of a garage in a mid-century built home in an old middle class neighborhood.  There is a side entrance so one does not have to enter the house from the  front door... this being a garage it also houses the laundry machines - but a couple of large bookshelves were placed in front of them and divide the room, on the shelves there are old encyclopedias and books in both Spanish and English - novels and history and poetry and some biographies and a couple of books on German history as well as on learning the German language - there are plans to add more books on Latin traditions and European traditions as well - Spanish and German and Nordic... along with some books on the fine art of Military discipline and war and armory... this is after all a library for men and men must be well versed in everything from poetry to war.  A large Persian rug covers the cold concrete floor - it has beautiful dark maroons and browns and some blue and beige... it is very nice and appealing and our Legionnaire enjoys looking at it.  An old brown leather sofa is placed a few feet in front of the shelves facing the garage door (which is covered by a thick dark maroon curtain), and an old wooden coffee table in front of the sofa and there are a couple of old arm chairs facing the sofa, and a very nice old lounge chair to the side of the coffee table.  A small shelf against one wall houses the clubs hi-fi system and records and CD’s of classical and symphonic music - piano recordings and movie soundtrack - some opera recordings but nothing that sounds to modern - perhaps Vangelis and Audio Machine are among the most modern music there...but it is all mostly just instrumental records... the walls are painted a dark red and there has been discussion about wood paneling... framed old maps hang on the walls along with some very nice plates and prints taken from old books that were framed and look just as attractive as the maps - there is a  picture of Simon Bolivar up there and Geronimo next to Ulysses S. Grant - pictures of old cowboys and soldiers from various wars - no, Pancho Villa is not up there... we don’t like him... there will be pictures for each gang member going up soon to stay for ever whether they come and go and will only be removed if they do something to dishonor this tribe - there is a framed copy of the Code of The Templars and pictures of old ships... a poker table sits near one corner close to the garage door that serves as the gangs round table - when not in use for cards - but it will soon be replaced by an actual table - another small table against the opposite wall of the hi-fi is the bar and holds scotch whisky and bourbon and gin and rum... and some old tumblers and a stainless steel ice bucket... the room is lit by soft lights and candles and it smells of cloves and other tobaccos and the incense used in the ceremonial rituals that open the meetings... it is an old style mens club - or on its way to becoming one... There is no television or loud noises aloud - and there is much studding and contemplation going on there and the door is always open for a member of the gang.

Our Legionnaire spends his weekends in the mountains... or wandering down roads in the valley when he is not locked up in his room writing or drawing or thinking up some scheme that will take him far away from the things of man... he has spent too much time away from the sea and longs for the sounds and the smells of Valparaiso... but he can still find solace in his tent... under the stars... by a small fire... on a lonely patch of land... somewhere in Texas. 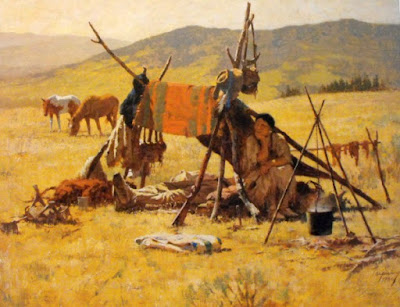 Dash, out of interest, have you read Corneliu Codreanu's 'For My Legionaries'? I found it to be a very inspiring book of the masculine religious struggle against pervasive societal evil, and the resilience of brotherhood.

P.S. - My recent article was satirical. I'm about as black as Ron Paul and have no affinity for Jews whatsoever.

I have not read For My Legionnaires, but would like to, however, it has been months and I am still trying to get through Julius Evola's Revolt Against the Modern World... a lot of is is hard and heavy reading - much like the heavy reading at you site...

Satire... I don't go to your site for satire... I gave it a little tap - message flashed on the scree said "get more sleep".